https://www.naomella.com/2022/06/bhms2t9 A lovely couple contacted me recently for advice. Let’s call them Paul and Claire. They were thinking of selling their cottage in Norfolk, and had just invited the pre-requisite three estate agents round to value their house.

Agent one had valued it at £300,000, which was about the price they had themselves been thinking.  So far, so good.

Agent two turned up, and asked them who which other agents had been round. Wanting to be honest, they told him. He then valued their cottage at £325,000, which they were quite pleased about. If they could get that little bit extra for their house, they could afford something nicer than they had been looking at. Things were getting better.

https://idahosailing.org/n1mi3jey Agent three turned up, and again asked which other agents had been round, and again, in the spirit of transparency, they told her. She promptly gave them a valuation that nearly made them fall off their chairs: £350,000. Surely it wasn’t worth that much??

That evening, Paul and Claire popped into see a neighbour, who was also planning on selling her house. When they told her the story, she was delighted. Her house was a little bigger, and had a better plot. “I’ll put mine on for £375,000 then”, she remarked, excitedly.

https://www.clinandmedimages.com/6v7g4uh The next morning, Paul and Claire called me.

https://360homeconnect.com/dh7ds4jzib They were confused by the valuations, and concerned that their cottage simply wasn’t worth that amount. Reluctant to put it on the market at a price that would cause it to stick, but also fearful of giving it away when they could have got more for it, they were utterly bewildered at what to do next.

https://hiddengemsofzambia.com/rk38pngjvl3 I explained to them what was going on: simply put, estate agents are running out of properties to sell. This lack of ‘stock’ is causing a huge challenge for the industry. Back in 2007, agents had too many properties, and they just weren’t selling.  Now, they don’t have enough to satisfy demand from buyers. Is this supply/demand imbalance causing asking prices to rise? Yes, of course. But estate agents are playing a significant part in this outcome too.

https://historickailuavillage.com/2t913xyuk1y Whilst agents are competing so fiercely for new properties to sell, they are being compelled into ‘buying boards’; in other words, over-valuing properties just to get the client to sign with them. Now it’s not as disingenuous as it may sound; after all, prices are indeed going up in many parts of the country (not so much in Norfolk perhaps), and buyers, faced with so little choice of properties, will often pay more than they want to in order to secure their next home.  With plenty of sellers willing to chance their arm and put their home on the market for an inflated figure, seduced by agents’ valuations and the tabloid headlines, we are actually all playing a part in this current state of play, with property prices going up, it would seem, daily.

http://www.cbpae.org/88rs8gzcl6 Back to Paul and Claire.

We had a long discussion about the true ‘value’ of their cottage. Not a ‘test the market’ price, but also not a giveaway price either.  What we were aiming to do, was to find the price that the property would sell at in the timeline they wanted.

We looked at precedent: what had sold in the last six months in their area. We also trawled through properties currently on the market, spotting local trends and noting anything that was sticking.   After this exercise, Paul and Claire reluctantly concluded that the original valuation of £300,000 was in fact fair and reasonable. They understandably felt disappointed, having in effect ‘lost’ £50,000, but more confident that their cottage would actually sell, and not stick on the market.

https://highskywing.org/?p=5sgzgbvswdk So did they sell?

They certainly did.  For the asking price too. They chose the first agent, had around half a dozen viewings, and accepted an asking price offer inside three weeks. Could they have got more for their house? Perhaps. But perhaps not. Every week, I talk to sellers who have been trying to sell for months, and even years. Paul and Claire weren’t prepared to risk that. They just wanted to be able to afford to move into something bigger, and they achieved that.

Perhaps our obsession with the value of our houses will never go away. But with the amount of data that is now available to us, sellers have a responsibility to make sure that the price we ask is reasonable, and fair. Yes, putting a house on the market at an over-inflated price can occasionally produce a windfall for the seller, but at what cost? Their neighbours will then believe their house is worth more, buyers will then be compelled to ask more for theirs, and so the huge price hikes go on.

Of course, this is the way the free market economy works. The laws of supply and demand create a roller coaster of prices that since the 1970s, has shaped the property market in the UK. But remember, we have a choice. We can choose to accept what we believe is an over-optimistic valuation by an over-eager agent, or we can sit back and consider, “is my house really worth this?” 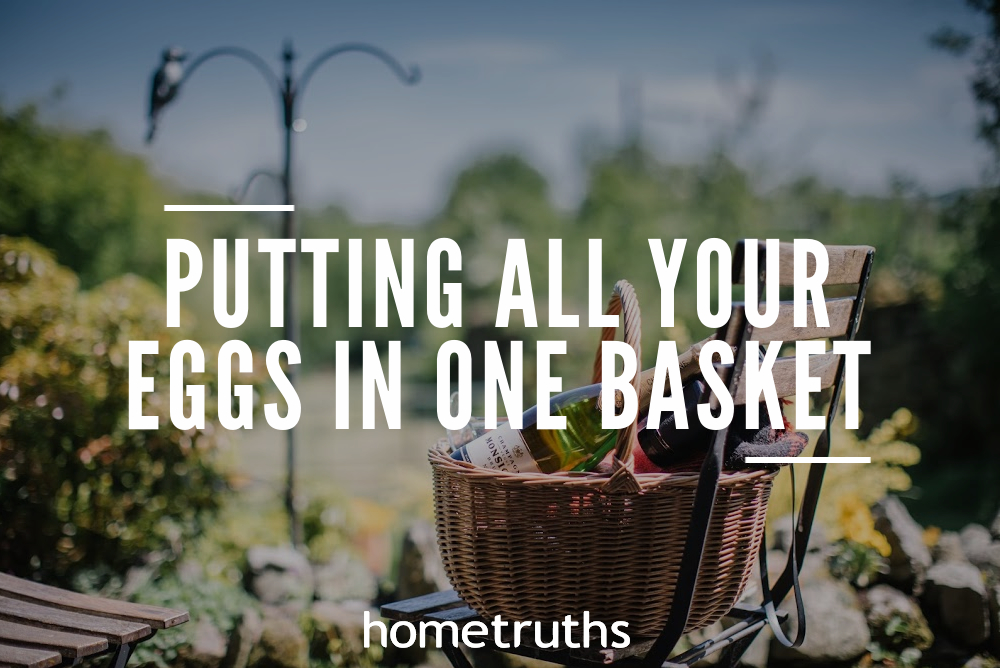 Firstly, with that amount of competition between agents, he couldn’t hope to get a  sensible valuation. He confirmed this by telling me that the variation in valuations had been huge: £1.3million right up to £1.75million. How on earth could he have any confidence at all in any of them? My first piece of advice to him was to get an independent valuation from a local surveyor. This result doesn’t show in any public records; it’s simply a piece of private information between the two of you, so if he didn’t like the valuation, he could just ignore it.  It would however give him some idea of the ‘true’ value of the home, albeit with a few thousand added on for marketing and negotiation purposes. Don’t forget that a surveyor is completely independent, I reminded him, with no agenda whatsoever other than to give you an accurate representation of the value of your house. For around £300, you will find his report a useful insight, I told him.

Secondly, it’s really not a good idea to ask five agents to sell your home.   Your relationship with the estate agent you select is founded on trust and liking; after all, there will be plenty of obstacles to overcome along the way, and you really need someone on your side throughout this often traumatic process.  Select the agent you like most; the one you really believe in, and that you won’t get irritated by over the coming months.  Place your loyalty and confidence in him, and let him know you have faith in his ability to sell your house.  Trust works both ways, and you need to do all you can to make his job of selling your house as easy as possible.  Aim to be the best vendor you can be, and your efforts will pay dividends.  If you think his valuation is too low, tell him.  Do your own research and show him evidence that supports your viewpoint.  He may well agree with you, especially if he is very keen to win your instruction.

The third point is that all that will happen if you instruct more than one agent, is that your property will appear  multiple times on the property portals, which just smacks of desperation.  And don’t even think about the battle over boards: your local authority will only allow you one, so how would you choose which one?  You’d have all five agents sabotaging each other’s boards in the middle of the night!

In the case of selling your home, it really is about putting all your eggs in one basket, then being very careful not to break one!