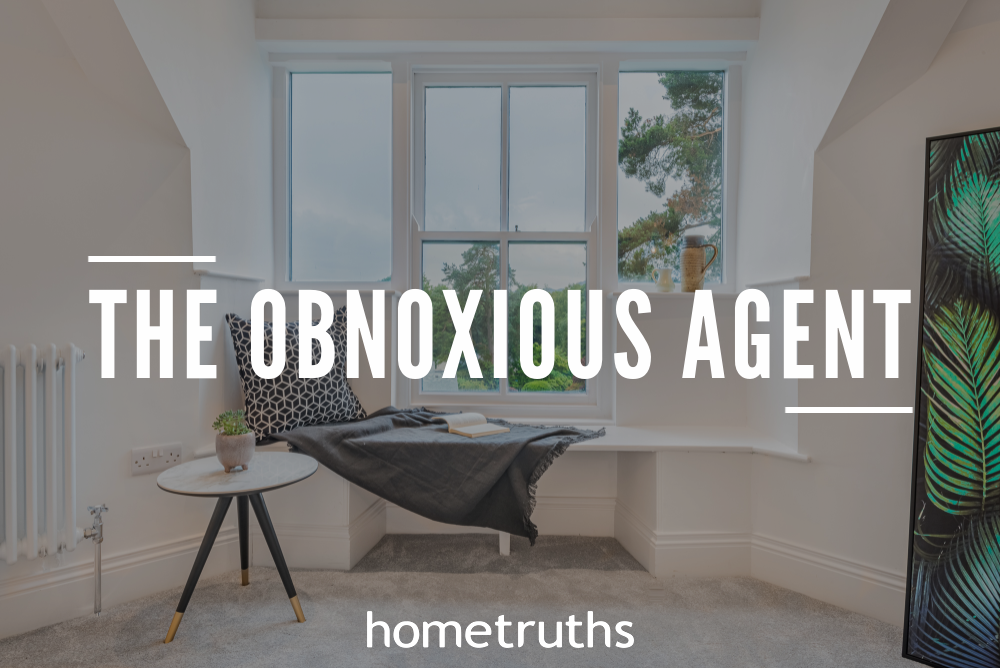 It was a blustery Sunday at the end of a chilly October afternoon as we crept slowly along the street peering at house numbers. We had been viewing unsuitable properties all day, and were feeling a bit despondent, to tell the truth. This particular house was our last viewing of the day, and we were looking forward to putting it on our “no” or “maybe” list as quickly as possible so we could head home.

“Here it is” said my husband, as he finally located the door number. I looked at our list and sighed out loud.  The front photograph had made it look like the kind of home we had spent so long searching for: something rural, with plenty of space and a nice outlook. This was practically on a main road, jammed up against its neighbours, and completely in darkness, looked frankly unwelcoming.

“It says in the details it has an outlook over open fields” I pointed out, looking for the positive.

“He’s late” my husband countered, pointing to the car’s clock.

“It’s 5 o’clock on the dot” I protested. “Surely that means he could still be on time?”

Finally, at 5.03pm a BMW came screeching round the corner, veered across the road and came to an abrupt halt within millimetres of our front bumper. My husband shot me a look. I ignored him, and got out of the car.

The estate agent who approached me looked like a Private Eye caricature: he was around forty, boasting quite a paunch, had slicked-back hair over a balding pate, and was wearing a too-tight suit that had never quite been in fashion. His shirt was stripy, and his tie was floral. They clashed, loudly, needless to say.

He approached me with vigour and an outstretched hand, grabbing mine in a handshake he probably believes is assertive and confident. I pulled back my bruised fingers and stuck them in my coat pocket, making a mental note not to allow him a goodbye handshake.

Ignoring my husband, he instead strode up to the front gate, which was electronic apparently, and punched in some numbers from the scrap of paper he held. The gate started to recede. He marched through it and headed for the front door.  At this point he had not introduced himself, nor had he apologised for his tardy arrival. My husband, who is not known for hiding his displeasure, was by now narrowing his eyes and clenching his jaw….not a great start, I thought.

After fiddling with several keys whilst we shivered on the doorstep, the right one was eventually located and we were let in. The owners had mercifully left the heating on, and the warmth was a timely welcome.

Seeing that the carpets were extremely pale cream, my husband and I both reached down simultaneously to take off our shoes. “Oh thanks for that” the agent said dismissively, then walked through the hallway without removing his. My husband nudged me. I nudged him back and followed the agent into the kitchen.

“This is the kitchen” he announced. Very clever. Not sure how he worked that one out. Perhaps it was the kitchen units, the cooker and the sink. But then I’m only guessing. We watched him, curiously, while he started opening units and drawers. “Ah, the fridge!” he said at last with pride.

I peered out of the kitchen window, to where I could just see the field behind. “Is that the Common?” I asked.

“Oh” I said. We went into the dining room, where the rather large table was pressed up against the wall, leaving no room for sitters on that side. “I think our table is around that size” I commented to my husband. The agent butted in: “Oh, isn’t that ridiculous? Why do people do that? It’s clearly far too big for the room! They should have got a smaller one, or not bothered at all.”

“Quite” I agreed, with a not-so-subtle eye roll…….

In the little study, one whole wall was devoted to the owner’s collection of Wedgewood Beatrix Potter crockery. “Oh how lovely!” I exclaimed. “I used to have these when I was a little girl.”

“Hmm….not my kind of thing” said the agent. I clenched my teeth.

At the end of the viewing, whilst we were putting on our shoes, the agent started telling us all about how his father had been a builder, and built in fact, our road.

“Fascinating” my husband muttered. I stifled a giggle. The agent it seemed hadn’t noticed anyway and was wittering on, regardless.

Finally, we were at the car, with his words “call me if you want to view it again” ringing in our ears. About to pull away, my husband paused, transfixed by the agent’s punching the keypad for the electric gates, which were remaining stubbornly open. He was clearly exasperated, and stabbed at the keypad a couple more times, before giving up, and leaving the gate open, got in his car and drove away.

“Bet the owners aren’t best pleased when they get home” said my husband.

“I wouldn’t buy a packet of Polos off that idiot” he muttered darkly, and drove us home leaving me to ponder from the passenger seat, whether in fact some sellers are harming their chances of selling by employing estate agents that are, frankly, obnoxious? Maybe the owners have no idea about the lack of finesse this agent showed us on the viewing, having perhaps only had dealings with the efficient MD and the nice lady in the office, and are, in fact, totally unaware of the nature of the guy on the ground who actually does the viewings.

No matter how much we had loved the house, we just couldn’t get past this agent’s unprofessionalism, and offensive attitude. It completely tainted the house for us.

I drove past the house yesterday morning, and noted the sale board has changed to another local agent. Perhaps a little birdy told them what was going on. It wasn’t me. Honest.